Independent Limestone Company holds the Natural Stone Sustainability Standard-ANSI/NSC 373 designation as a Gold Quarrier and Silver Fabricator for its operations in Bloomington, Indiana.

Independent Limestone Company holds the Natural Stone Sustainability Standard-ANSI/NSC 373 designation as a Gold Quarrier and Silver Fabricator for its operations in Bloomington, Indiana. In 2020, ILC became only the 10th company in the world to earn this distinction.

The ANSI/NSC 373 Standard was created by the National Stone Council to recognize sustainable environmental, social, and human health practices in the natural stone industry. Increasingly, architects and designers are requesting that the materials in their buildings be certified as being sustainably sourced and produced to meet green building standards.

The ANSI/NSC 373 standard required the company to meet minimum standards in nine separate areas including energy usage, water usage and management, health and human safety, land reclamation planning as well as multiple good governance provisions. Each area of the company’s application was evaluated and graded by NSF International, a third-party certification firm operating worldwide in over 150 countries.

Because of its rigorous nature, the NSC 373 certification is accepted by green building codes worldwide including LEED and Living Building Challenge. Use of ILC’s certified stone makes a project eligible for higher point totals from these codes and, often, higher resale values because of the higher rating.

As part of its NSC 373 certification, ILC has set a goal of reducing its energy consumption per ton of stone produced by 5 percent per year by 2025. Off-road diesel consumption, which accounts for 90 percent of total quarry energy usage, will be reduced by monitoring heavy equipment traffic, improving efficiencies in engine performance and reducing haul mileage.

ILC also completed an extensive expansion to its crushing plant. At the plant, ILC takes the extra stone that falls from the rock bed during the mining process and instead of leaving it as waste, crushes the otherwise unusable stone into various grades of crushed stone that is used by commercial clients in multiple applications during the building process. ILC has also invested in improving stormwater containment and management systems to protect the local watershed and ecosystem. 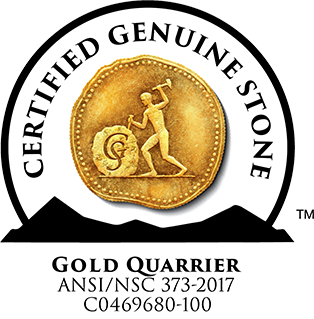 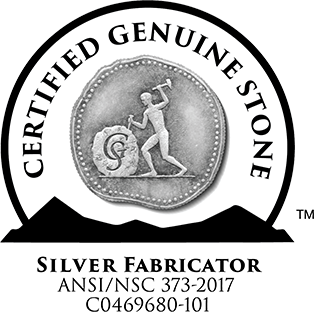